Please read this if you care about Birchwood Airport, or about General Aviation.

BAF has conducted a detailed survey to find out what the actual users of the airport really want, and to be able to prove what the (actual) users want to politicians and agency officials.

Based on our findings, we see a widening rift between what the users of this airport want and the future “Plans of the powers to be”… So, if you like to keep this airport as it is, you better bear with us.

In short, I dare say nobody would oppose a few more hangars and tiedowns, and everybody would like electricity at their tiedowns.

Unfortunately, we are now seeing the unbelievable threat of runway shortening and narrowing in the future and all kinds of other, very unwelcome proposals. AK-DOT has been ramming through a very fast tracked Master Plan Update with absolutely minimal public input; and to top it all off, now there is the additional worry of the airport becoming a municipal airport under the direct control of a very much Anti-Aviation-mindset assembly-majority.

Our singular lonely voices are completely ignored by AK-DOT and the corporations hired by them to create this hurried Master Plan Update, but as a legal association with a great number of members we stand a good chance to influence the decision makers in a meaningful way.

Therefore, I have to ask you to join the Birchwood Airport Association NOW, before it’s too late and these plans are final.

We have to charge a membership fee in order to be taken seriously as an Airport Association and we may have to actually pay some lawyers in the near future, too.

Many of you are members of our Facebook group, but no government or corporate official cares about that, only paying members count.

Compared to the cost of aviation, our annual membership fee is nothing: we offer a two year membership for $20.

At our annual BBQ one can eat more food than the price of the membership, which is for sure too.

So please take the time and join the Birchwood Airport Association before it’s too late. Feel free to let your membership lapse once this crisis is over, or until the next one arises…

Please see below about how to join.

This coming Friday we will have a public meeting about the issues at hand, please also come to the meeting if you can. It’s at the Civil Air Patrol Hangar; it begins at 6pm Friday Feb 11th and there will be food, too.

Click the Donate button on the top of the homepage.

March 14, 2022 Regarding the future of the legal ownership of Birchwood airport and 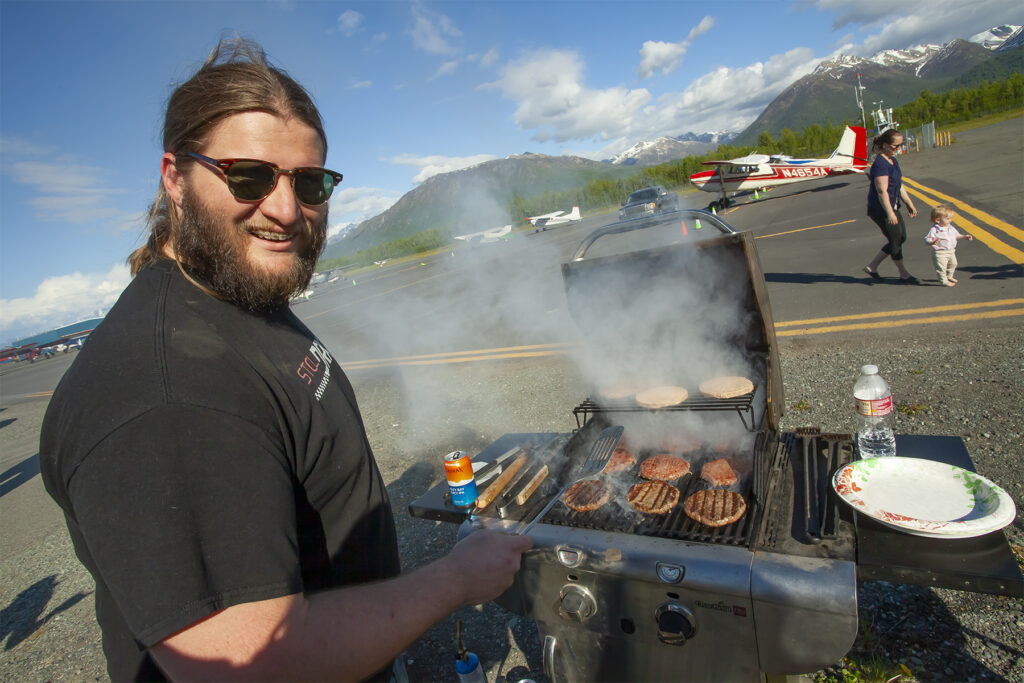 Welcome to the place where we can share information, We will use this part